How I taught my grandkids to become proficient casters 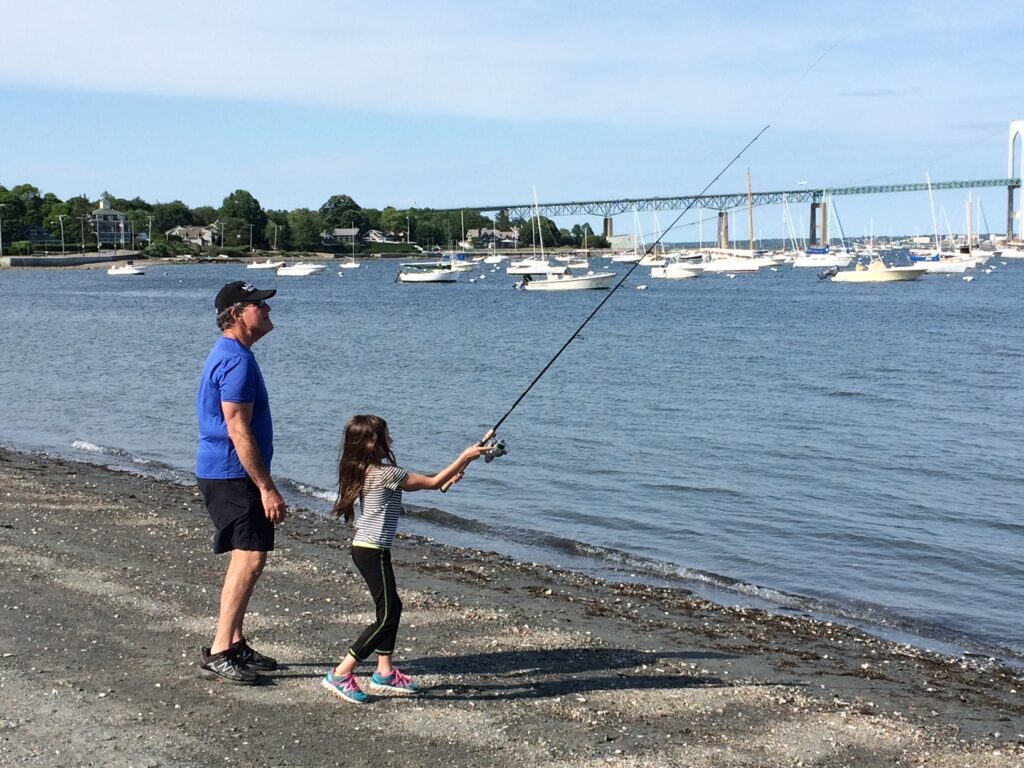 As a youth, I spent my summers at Long Beach, New York, on the south shore of Long Island.  No one in my family fished, and I eventually became a fairly competent surf fisherman through careful observation, trial and (frequent) error, and some very infrequent mentoring by an older sharpie.  I cut my teeth on conventional gear, moved on to spinning tackle, and about thirty years and two cross-country moves later, I taught myself to fly cast.

Our grandson and granddaughter love to visit my wife Jeane and me in Westerly, and to fish often on the Fly ‘n Spear.  As it came time for them to graduate from bottom fishing for scup to casting lures for stripers and blues on the reefs, I wanted to help them become proficient casters.  I put together a seven count methodology for casting spin tackle that was easy for them to master and produced fine casts in fairly short order.  We practiced on a quiet beach and counted out loud together at each step.  Here’s the synthesis:

Over the years, as the grandkids’ friends or other novice children came to fish with me, I found that it was often even better to start them out with just a rod, no reel, and focus mainly on the rod and hand motions described in Count 6.  Once that’s mastered, we add a reel and begin the full seven count training.

This method works with adult novices, as well.  The key to success seems to be breaking down the cast into its elements and counting off each step together and out loud until a fluid rhythm develops.